One step from the edge...

Apparently I'm only one letter away from madness...  Be afraid ladies and gentlemen... Be afraid...
Posted by Anabaric at 01:14 1 comment:

Anabaric rolled off the ledge and promptly fell 6 feet down onto a pile of dirty rags.
From his vantage point on the floor, he looked up at his bed, the starboard autocannon mount on his rifter. "Interesting" he thought to himself, remembering that he bought a round of drinks in the bar, and that he and Nash had been celebrating, but not why?
More questions occured, why had he fallen asleep against that autocannon, what was this green oily shit on his shirt, and more to the point why the hell was the floor moving?
The hanger swam back into focus, and the tell tale signs of empty bottles of expensive brandy and a few unopened tins of quafe meant that he'd probably been kicked out of the bar again. Must have been a good night at least.

The room was still spinning as he tried to sit up, no wait that was the floor moving again.
"Ghnnng... Get the fuck off me!" How odd Anabaric thought, the floor was now talking.
"GET OFF!!" The floor exploded, and Nashh appeared from under the oily rags, a pistol in one hand, and a strange half empty bottle of luminous green fluid in the other. "Ghnnnnggggaaaagggghhh!"

"Fuck Nash what is that shit?" Pointing at the suspious green contents of the bottle.
Nashh looked at the pistol, then the bottle, shrugged and took a swig.
"Oh fuck! Now I remember it's terrible..." gagging, holding out the bottle.
Anabaric, reached over and and took the offered bottle, sniffed, immediately a violent flashback of vomiting last night occured, and he retched, he held the bottle back to Nashh, who took another swig, and started to stagger back towards the captins quarters.

"Fuck this! I'm going to bed, good job on the Nyx kill last night"
"Ah, thats why we were drinking...." nodding as Nash skillfully avoided the broken bottles on the floor only to crash into a large tool box.

Retching again, Anabaric decided it was probably time to visit the toilet. 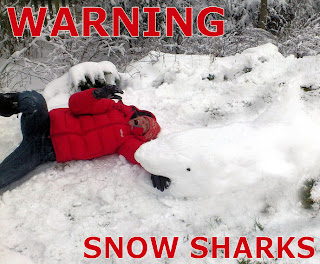 Why do we hunt?

We hunt because we love it, but why do we love it so?

As an inherited instinct, hunting is deeply rooted in human nature. Around the world in all cultures the urge to hunt awakens in boys. They use rocks, make weapons or sneak an airgun out of the house to kill a bird or small mammal. In many cases the predatory instinct appears spontaneously without previous experience or coaching, and in the civilized world boys often hunt despite attempts to suppress their instinct.

The fundamental instinct to hunt may link up with the spiritual. An analogy is falling in love in which eros, the sexual instinct, connects with agape or spiritual love. Initiation on the path of love changes our life irreversibly. Henceforth, we shall know the meaning of our authentic love experienced with the totality of our being.

When we fall in love, the instinctive or primal self merges with the spiritual. It is a vertical convergence of subconscious to superconscious, lower to higher.

Hunting is how we fall in love with nature. The basic instinct links up with the spiritual, and the result is that we become married to nature. Among nature pursuits, hunting and fishing connects us most profoundly with animals and nature. As Robert Bly said in his best-selling book Iron John only hunting expands us sideways, "into the glory of oaks, mountains, glaciers, horses, lions, grasses, waterfalls, deer."

Hunting is a basic aspect of a boy's initiation into manhood. It teaches him the intelligence, beauty and power of nature. The young man also learns at a deep emotional level his inseparable relationship with nature as well as his responsibility to fiercely protect it.

Essentially, hunting is a spiritual experience precisely because it submerges us in nature, and that experience teaches us that we are participants in something far greater than man. Ortega y Gasset, the Spanish philosopher, described the hunter as the alert man. He could not have said it better. When we hunt we experience extreme alertness to the point of an altered state of consciousness. For the hunter everything is alive, and he is one with the animal and its environment.

Though the hunter may appear from the outside to be a staunch egotist dominating nature, on the inside he is exactly the opposite. He identifies with the animal as his kin, and he feels, as Ortega said, tied through the earth to it. The conscious and deliberate humbling of the hunter to the level of the animal is virtually a religious rite.

While the hunt is exhilarating and unsurpassed in intrinsic rewards and emotional satisfactions, no hunter revels in the death of the animal. Hunters know from first-hand experience that "life lives on life," as mythologist Joseph Campbell said. The hunter participates directly in the most fundamental processes of life, which is why the food chain is for him a love chain. And that is why hunters have been and still are, by far, the foremost conservationists of wildlife and wild places, to the benefit of everyone.

Today as for countless millennia proper initiation to hunting engenders respect for all life, responsibility to society, even social authority, and spiritual power. It develops authentic self-esteem, self-control, patience and personal knowledge of our place in the food chain. According to Dr. Don T. Jacobs, author of Teaching Virtues, "hunting is the ideal way to teach universal virtues," including humility, generosity, courage and fortitude. As I said in The Sacred Hunt, "Hunting teaches a person to think with his heart instead of his head. That is the secret of hunting."

Consequently, the most successful programs ever conducted for delinquent boys have focused on hunting. The taking of a life that sustains us is a transformative experience. It's not a video game. Hunting is good medicine for bad kids because it is good medicine for all kids.

Hunting is a model for living. When we hunt we discover that we are more than the ego. That our life consists of our ego in a mutually interdependent and transcendent relationship with nature. We keep returning to the field because for us hunting is a dynamic ritual that honors the animals and the earth on which we depend both physically and spiritually.

While interviewing Felix Ike, a Western Shoshone elder, I asked him, "What kind of country would this be if the majority of men in it had been properly initiated into hunting?" He replied, "It would be a totally different world."

In a world imperiled by egoism and disrespect for nature, hunting is morally good for men and women, boys and girls. Hunters understand the meaning in Lao Tzu's statement, 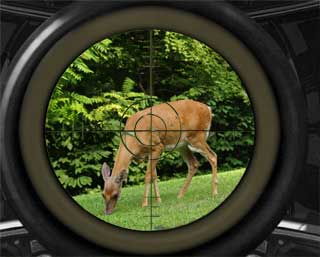 I was asked by a pilot the other day why I had blown up his ship, why I had spent 15minuites waiting for him to come back to his mission space before killing him.

Unfortunately I didn't have the time to discuss with him the true nature of the lowsec pirate,  as our new alliance was forming up to take on another fleet.
But the question had been bugging me, why do I hunt?

The simple reason is that I enjoy it, but there was more to it than that, it's never just been about the kill. If I wanted to rack up large numbers of kills, I'd camp a busy gate or station. A simple look at the top killer of Battleclinic shows Lukka, with a ridiculous amount of kills to his name, but then after flying with him I know that the majority of those were gained in one system, parked outside one station...

That's not what I want to do, it's never been just about the kill. I enjoy the hunt.

I have spent many hours planetside wandering along hedgerows and fields, with rifle in hand. Stalking deep into the woodland, following the trails of deer, trying to get close enough for a killing shot.
In New Eden sometimes I will probe out mission runners, knowing that they might get spooked at any point and run for safety. Or I'll jumping straight into a group of miners in a back water system. At other times I'll hunt the big game, the other hunters, who might just as easily kill me.

I am a hunter, if that makes me a pirate then so be it.
I hunt because I am still human.
Posted by Anabaric at 03:42 No comments: