A fair swap for a battlecruiser. 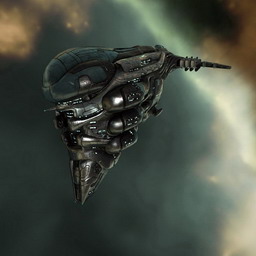 Last night in Iges we manged to score a great little fight.
We found a pirate scorpion hugging a station. After spending time trying to bump him off the station we finally managed to tempt him into a fight. The scorpion pilot made the mistake of getting just alittle off the station, and with the sentries were happily chewing away at him, he started firing torpedos at my brutix, quickly loosing shield I docked, at this point Elth was undocking his Domi and the fight was on, I undocked quickly and immediately engaged the scorpion laughing as at this point several other pirates jumped into the fight!

Webbing the scorpion I charged into the fight, overloading the guns, and sending the drones streaming towards the floundering battleship. As I got close the strikes started to hit accurately 400damage, 600damage 800 damage, by this point my own armour was boiling off under the mounting fire from the pirates. I had my tracking disruptor on the vagabond but its hit were still accurate. As the last of the armour burnt away leaving the structure I checked and already knowing I was scrambled dug in and held the fire button down. I was rewarded by watching the scorpion explode, and I quickly turned my guns on the Harby that was scrambling me. I knew it was already too late to save the brutix as the structual alarms were already going off. Seconds later I was sitting in the debries field that used to be my battlecruiser. With no time to spare I quickly engaged the emergency warp drive locking onto the nearest planet. Checking my assets I realised that inside the station I had another Brutix, an older model and not fitted quite as well, but more than enough to help Elth put the rest of the pirates down. I warped back docked and jumped into the Brutix.
Undocking I immediately engaged the Harby again, Elth had already reduced the Hurricane to a broken wreck, the Vaga keeping well at range contiuned to fire at Elth leaving me with free to close on the Harby a few more salvo's from the Brutes Neurton's and the harby popped, looking back at my now empty overview I was not suprised to see the vaga had disapeered.

To the winner go the spoils, scooping the loot into my cargo bay, I think we might even have made a small profit. A fair swap for a brutix.
Posted by Anabaric at 08:48