So far so good, I'm loving the current crimewatch Mechanics, that being said I'm sure that they will change over the next few weeks, as I will explain at the end.

I flew Guardian for an alliance roam last night, something that despite having the skills to do so, haven't had much experience with. Something about not wanting to miss out on kills, and being responsible for keeping everyone one alive! 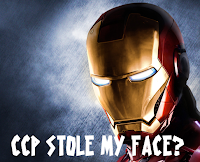 That being said it was a fun roam, and we managed some good kills.

A gang booster, who wasn't paying attention, and allowed himself to get bumped off gate... oops.
A very shiny, and rather suicidal Machariel who landed 100 off the gate, and then didn't realise quite how far a proteus can point, we got screwed on the loot :(
And finally just on the way home a hero falcon pilot, who used his 250m falcon, to rescue a 150m battleship by warping in at zero... like a boss!

But the thing I noticed more than ever from the previous times I've flow logi was the lack of work between fights. Previously as soon as the first kill is made (or attempted) the Guardian pairs have to keep everyone repped up on gates, as the gate guns constantly cycle between the GCC ships sitting on gate waiting to jump.
Now as soon as you left the gate and moved to the next there was no one to rep! Also drones are basically off the menu for Sentries, which enables the guardians to happily whore on everything without fear of loosing them.

This is a massive buff to lowsec drone ships such as the vexor/myrmidon, who traditionally have not been able to fight effectively on gates and stations.

Something else I hadn't realised the full implication of was the sentries only fire on you for a sec status loosing event. Ie the initial aggression flag, when you become a suspect. This is a massive buff for frigates and small ships that normally can't go anywhere near a gate once they had GCC.
Now you all probably understand that you can shoot someone on a gate gaining sentry aggro, warp off to a pounce, and come back to shoot them again without sentry aggro!
You mean you didn't know that? Well you do now...
Several frigates/cruisers can potentially camp a gate by tackling and then using a bounce just out of sentry gun range. But what if your solo? How can you use this mechanic to your advantage?

As a frigate pilot I have helplessly watched several freighters, and valuable prize ships head off down a pipe in the opposite direction to my main hanger, unable to reship into something that I could have tackled them in, I'm forced to report them in intel and let them go. Knowing that prize will probably escape the corp.

This is all set to change, the current mechanic allows me to create aggression on them on a gate by shooting them, before warping off before the sentries destroy my fragile craft. Now I have just gained something vital on the other ship: Aggression. I now have 15 mins to find and tackle him on a gate or station, the best part? because I have already paid the sec status penalty I do not loose sec status for re-initiating combat... no sentry guns will fire on me if I tackle him again within 15mins.

Thank you CCP, I will now have your babies.
Posted by Unknown at 03:17