Many fights are lost or won in the fitting screen, the rest fall down to skill, a little bit of luck, and hoping the enemy doesn't know what he's up against until its too late.


Whilst moving my ships to the 0.0 staging point, I'm always on the lookout for targets of opportunity, one such happened last night. I see an older pilot in Caldari FW in system, checking my overview I can't see anything on scan, then I notice that there is a FW becon alive 20au away, warping in there is still nothing on scan. I hang around for a while then notice a Sentinel on scan, quickly it finds me, and warps to the beacon. Now this is a fight that should be one sided, He has neuts drones and tracking disruptors, I'm scram/web and AC fitted in my firetail which is basically an upgraded rifter.

What the hell, its only a firetail, and I really was in the mood for a scrap! I close and scramble him. As expected he immediately neuts my cap and launchs a flight of drones, Heading away from him to minimise the TD I proceed to pop the hobgoblin II's he's launched, he follows neuting me, and I can see the TD indicators on my overview suggesting that I am infact being tracking disrupted. The firetail has a fantasitc cap recharge so every so often I can gain enough to pulse the AB and get the web a drone. With the Autocannon/rocket highs not needing cap, I carry on destroying drone after drone. Then the Ewar drones come out, lucky for me they had zero effect, being slower than warriors they also died quickly. With the drone threat mainly neutralised and his cap obviously too low to run his neuts, my own cap starts to climb, I can now pulse my AB and manage to start to scramble him again, all the time my 150mm AC's are throwing phased plazma at him, melting his armour. He tries to run, but isn't fast enough, every time he starts his warp out, I bump him preventing him from alligning out, despite not having a scram on him all the time he can't leave!

His structure bleeds, then pop, I'm left on the battlefield as his pod quickly scoots off to the nearest station. He had plenty of opportunities to have left early in the fight when he wasn't scrambed but stayed in the fight trying to make it work. 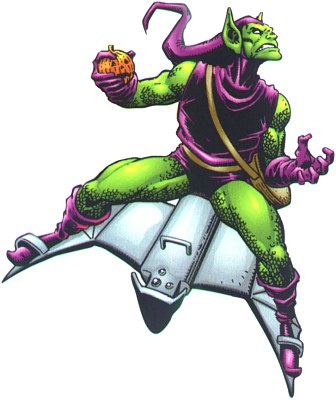 Checking the mail afterwards I notice his tracking disruptors both have optimal range scripts fitted.... Whoooops, no wonder my guns where still hitting 99% of the time.

And has anyone else notices the firetail looks the the Green Goblins Glider?
Posted by Anabaric at 03:14