So about the CSM: The only thing I'll post don't worry... 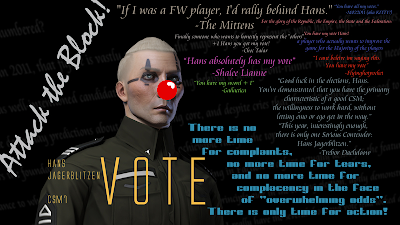 Yes, I know.. He does look like a gay neo nazi clown, but its EvE so he's allowed to be a little odd.

He's advocating for FactionWarfare and the lowsec/highsec areas which should bring more energy into lowsec in general.

And that means more targets for those of us with a limp and a rum addiction...

That's it I'm done, not a single more thread about CSM from me.
Posted by Anabaric at 01:28