Blog Banter 36: The Expansion of EVE


"With the Inferno expansion upon us, new seeds have been planted in the ongoing evolution of EVE Online. With every expansion comes new trials and challenges, game-changing mechanics and fresh ideas. After nine years and seventeen expansions, EVE has grown far more than most other MMOGs can hope for. Which expansions have brought the highs and lows, which have been the best and the worst for EVE Online?"

Anabaric came into the game just before Apocrypha , I'd barely learnt my way around new eden, when suddenly wormholes, everywhere. This was my first expansion and it really was a big one. A whole new story, sleepers awakening, planets dying, I was hooked!
Since then everything has been a little so so, some pretty cool stuff, but they didn't really follow up on anything. This for me was a little sad, the recent Sansha update I thought would be a return to awesome, but really it just generated a new cash cow for the highsec dwellers, it didn't bring people out into wider universe, if anything it brought more people back to highsec away from the more risky lowsec & nullsec paths. I have friends in nullsec alliances, they're still told to go make isk in highsec, what's with that!?

I have read a lot of the back story to New Eden, it makes interesting reading and I recommend everyone takes a few hours to learn some of the lore. It's a real shame that more of it isn't actually used to create dynamic content. The NPC/PVE side of New Eden is very static, when was the last time one of the NPC corporations went bust and had their stations sold to another company. When was the last new company to put up a station? The intrigue and murders of NPC CEO's mean nothing...


There always needs to be a move to more player driven and dynamic content, old stuff needs looking at, balanced with new features, this current expansion where faction warfare has finally be looked at really gives me hope, the factions are finally doing something about each other, the rules of warfare are changing and improving...


Maybe if people don't run missions for a NPC corporation it could start to struggle, if stations aren't used actively they could close, or reopen as space brothels and charity shops like the highstreets in our local towns. Mission rewards could be based around the profitability of the company offering them, if too many people use one agent maybe he reduces his payouts... maybe once in a while he goes on holiday.

But my main gripe is that the PVE content is so easily farmed, wormhole's were deadly and dangerous places to live when they first appeared, the sleepers far harder than anything before. But within a few months the wormholes had been pacified with instruction booklets on how to run the sites, what to shoot when to shoot. The sleepers might as well not have woken up... because we're in their sites, stealing their shit, and the only time we're even remotely at risk is when another player shows up in our hole, yes we own that hole not the sleepers.


Incursions lasted a few weeks longer than wormholes, but they too are farmed, more people die to Sansha than to the sleepers, but it's not a war he's winning. Level 4 missions are a joke, totally static, down to each wave and position. How difficult is it to randomise the spawns or the triggers, make the missions harder. Yes I do think people should die doing missions. Risk vs Reward.

Oops I accidently the whole room...

This latest expansion fills me with hope, Faction warfare has finally been looked at, I won't say fixed, as I don't believe that any part of New Eden should be ever be "fixed", but in a dynamic world, faction warfare just caught up. I look forward to seeing a few new faces in Local, and less dock monkeys.


Maybe on the next patch Sansha will actually start doing something new, he's gathered so many resources already, how much more does he need before he starts the next phase of his master plan. Seriously... for an evil mastermind he's more Dr Evil than Dr No, his "incursions" are farmed, and controlled by the very people he wants to enslave... Incursions could easily be more random, ie stop for a week, then suddenly 10 systems all within 2 jumps are attacked at once!! A true mastermind wouldn't be quite so predictable, and would maximise impact to weaken his targets. I'd like to see him using his power and doing some real damage. He could easily destroy a few stations, maybe breaking a few stargates making people take different routes whilst the damage was repaired.


And the sleepers, well they didn't really wake up now did they, we've been poking about in their systems, breaking their stuff, taking their technologies, but they just lie down and take it. They should actually wake up and smell the Quafe. I'd like to see what would happen if they decided to go on the offensive and remove some of the POS's from their systems. I've seen their battleships, I know they have the fire-power.


What keeps me hooked is always the player driven side of things, I don't enjoy farmable NPC content, despite my alt living in a WH where he logs on farms sites, and logs back off again. I would love to log on and find the POS under attack, the guns destroyed and the tower reinforced, even if they didn't come back to finish the tower off, least I'd know the sleepers cared I was stealing their stuff.


I like living on the borderlands feeding on both nullsec and highsec dwellers. I like to see any content that pushes people out further into New Eden, makes people want to explore, and expand their universe. How many of you live and spend all your time within the same 10 or 20 systems. How many of you never leave your home system? Lowsec shouldn't be the best place to live, but I hope it should always be one of the more interesting places, the melting pot, the true crucible of New Eden.


So in answer the the original question about which has been the best expansion?


I think the next one will be the best.


I still believe in New Eden. 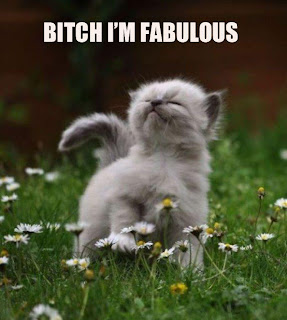