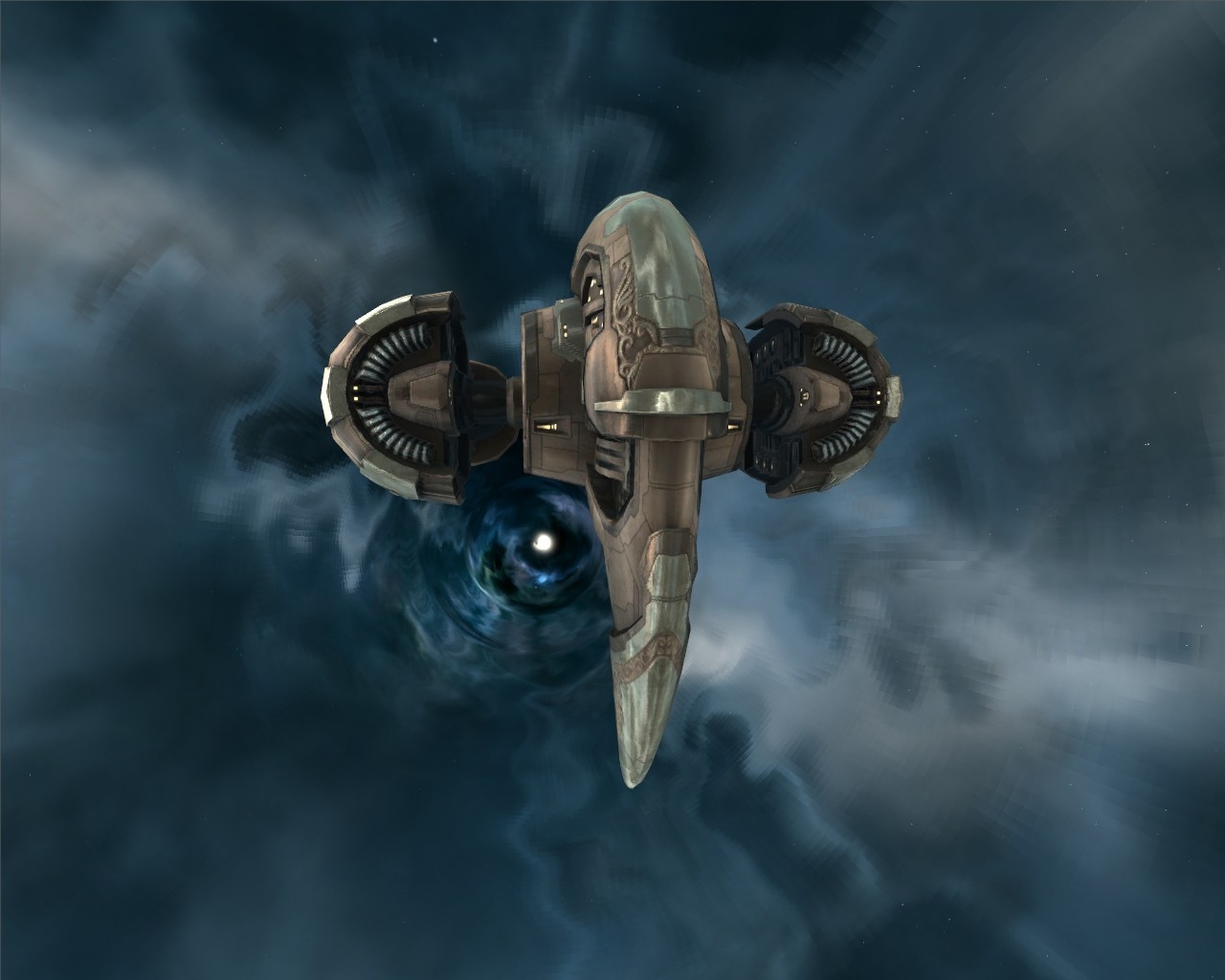 Tal'Shi was upset, she was stuck. Stuck in the stupid wormhole. Arth had said it would only be a couple of hours, just jump in,  cloak up, keep an eye on the hole, and wait for Anabaric and friends to come in a kill these stupid Capital pilots.
It was a stupid mission and she was fed up, she was stuck in the stupid hole for a week now, and there hadn't been a decent connection out ever since. This particular WH seems to only ever generate a links to C4 hole's and most of those had been rather hostile.


A very close call with a stealth bomber had left her sparsly fitted magnate with only 5% of armor and no way to repair it! She used the camera drones to survey the damage, the shields had since recharged but the armor was burnt and hanging off in places, normaly gleaming gold, the magnate looked more like those horrible Minnimatar ships that Anabaric and Arthouris liked to fly.

She cursed Arty loudly over the comm system, then went back to her daily routine of checking the hole for activity, then trying to find a new way out. The hole was busy, there was only ever a few active pilots but they were using Dreadnoughts and Carriers to raid the Sleeper sites, and the amount of wrecks was quite staggering, the amount of Isk being generated by these pilots would be staggering, which of couse why she was still stuck in the stupid hole, having to wait for a good connection to K-space.

Mind you, she thought with a smile, she was on overtime for this job, and was looking forward to spending her share of the loot, and Anabaric had promised her an upgrade for her magnate when she got out. The midnight black Anathema that had been gathering dust in his hanger...